Deven Philbrick, a writer, essayist and prose editor for the Seattle Review covers “The Infinite Library And Other Stories” for Singapore Unbound:

“The distinction between literary and genre fiction has been the topic of much debate in recent years. How the distinction ought to be made and whether the distinction is ultimately useful at all are questions with which many people interested in contemporary fiction are deeply engaged. Although a consensus on the answers certainly does not exist, one significant result of the questions having been posed is a reluctance to dismiss universally so-called genre writers as peddlers of formulaic fictions designed for quick consumption and simple, mass appeal. Science-fiction, for example, is now more than ever taken seriously as literary art. Its potential for imagining alternative realities, for conceiving of other possibilities for organizing a world, makes it a genre with the capacity for profound philosophic investigation. Writers like Samuel R. Delany, Ursula K. Le Guin, Octavia Butler, Thomas Disch, and Joanna Russ are increasingly accepted as towering figures of English-language letters. Victor Fernando Ocampo, author of The Infinite Library and Other Stories, has written a book that puts him among their rank.

Fundamentally, The Infinite Library and Other Stories is a book about possibility, limitation, and the boundary between them. In imagining alternative possibilities and stretching them to the point of snapping, Victor Fernando Ocampo engages in an act of profound political importance, aesthetic significance, and philosophical rigor that is a serious pleasure to ingest. ”

I am so honored and thrilled to get this killer review. I was both stunned and humbled after reading it. You can read the whole review here: Where Her Shawl Ends And Her Cat Begins (which is a line from The Old Blue Notebook, a story which first appeared in Daily Science Fiction).

Thank you to Deven and to Singapore Unbound editor Jee Leong Koh! 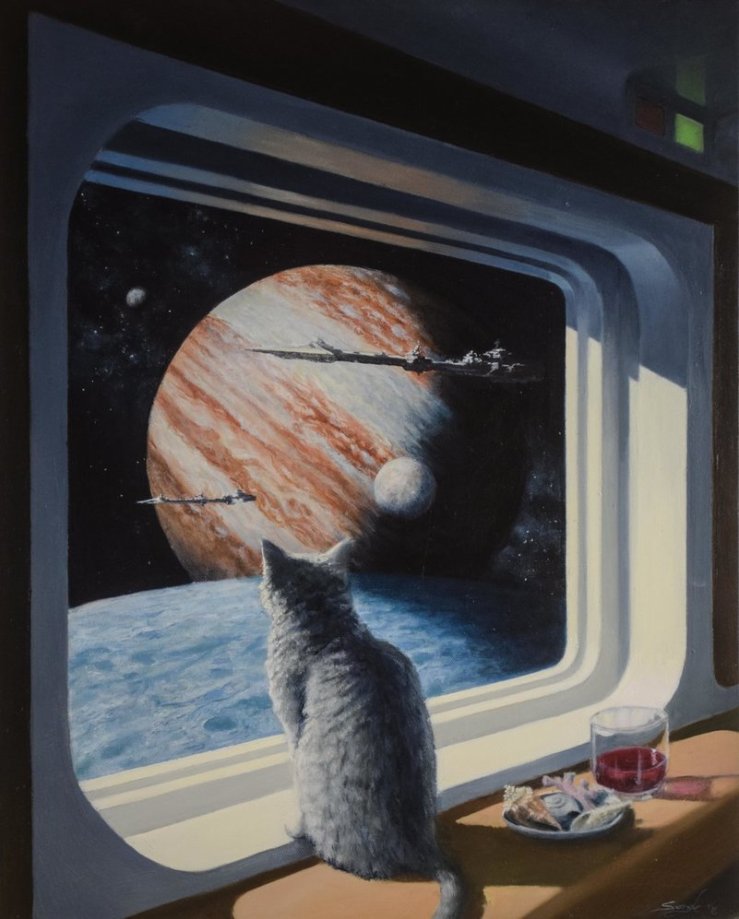