I don’t often get fan art so I am really loving this work! Thank you @priscilla_yamaguchi for imagining this beautiful cover for my flash fiction piece “Too See Infinity In The Pages Of A Book”! This story functions as a coda to my short story collection “The Infinite Library And Other Stories”.

It’s been a while since I last posted something.

Today, I want to share the artwork that graces the end papers of the North American edition of The Infinite Library and Other Stories. The digital artwork (below) is called “Panopticon”, 2019 and is by Filipino artist Marius Black (@manilaukiyoe), whose work is often inspired by Japanese Ukiyo-e woodblock prints. The end papers actually use the black and white version of this work which you can also see as the new masthead of my author website.

You can get your copy of my book here.

Fan art is always a wonderful thing. I got a major case of the feels after finding out recently that a Surabaya, Indonesia artist, Aldrich Hezekiah (known on Twitter and DeviantArt as KiaBUGboy) had created a comic book based on my story Blessed Are The Hungry (Apex Magazine Vol. 62, editor Sigrid Ellis). Aldrich is currently pursuing his studies in Digital Art in Singapore. You can see more of his work here.

Thank you so much! 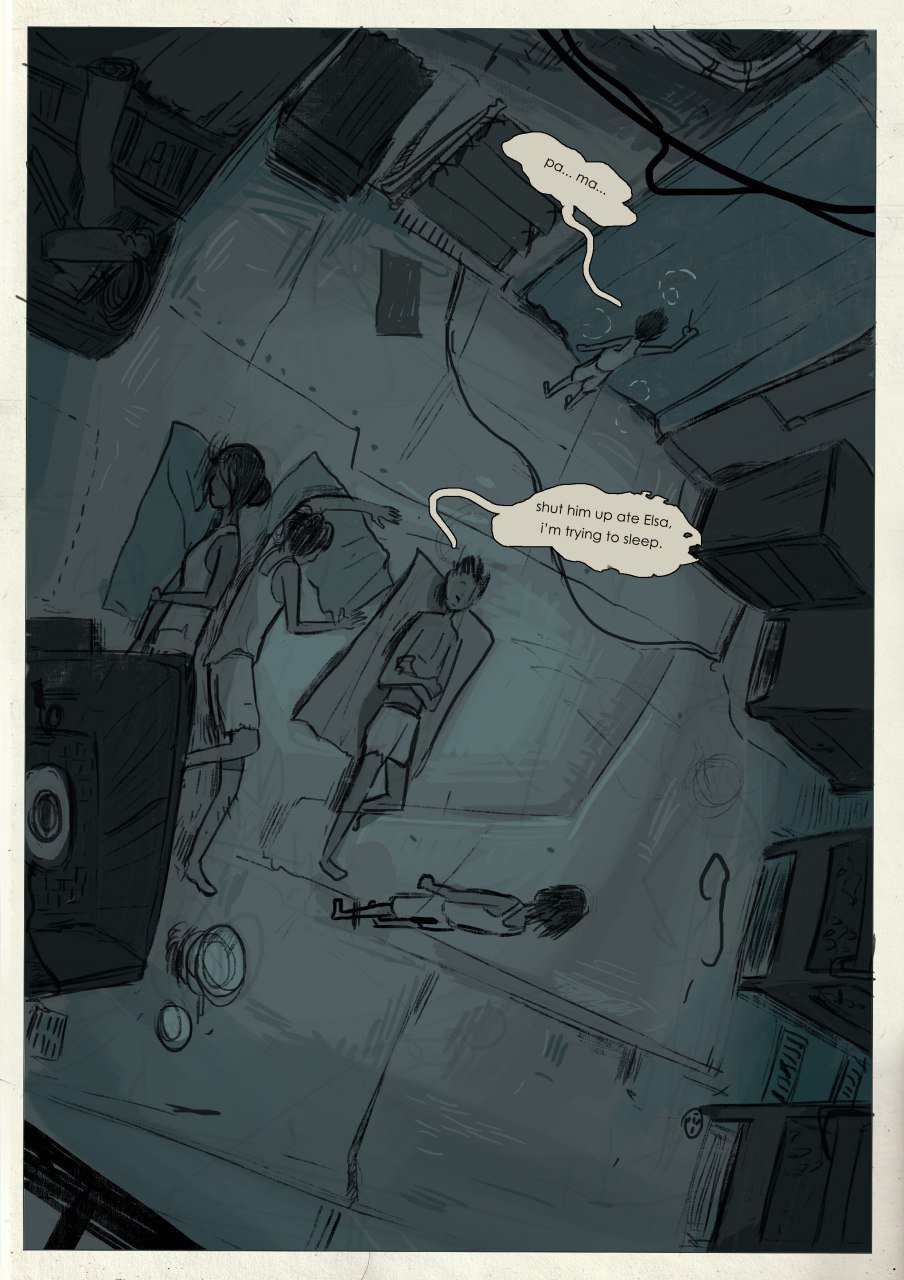 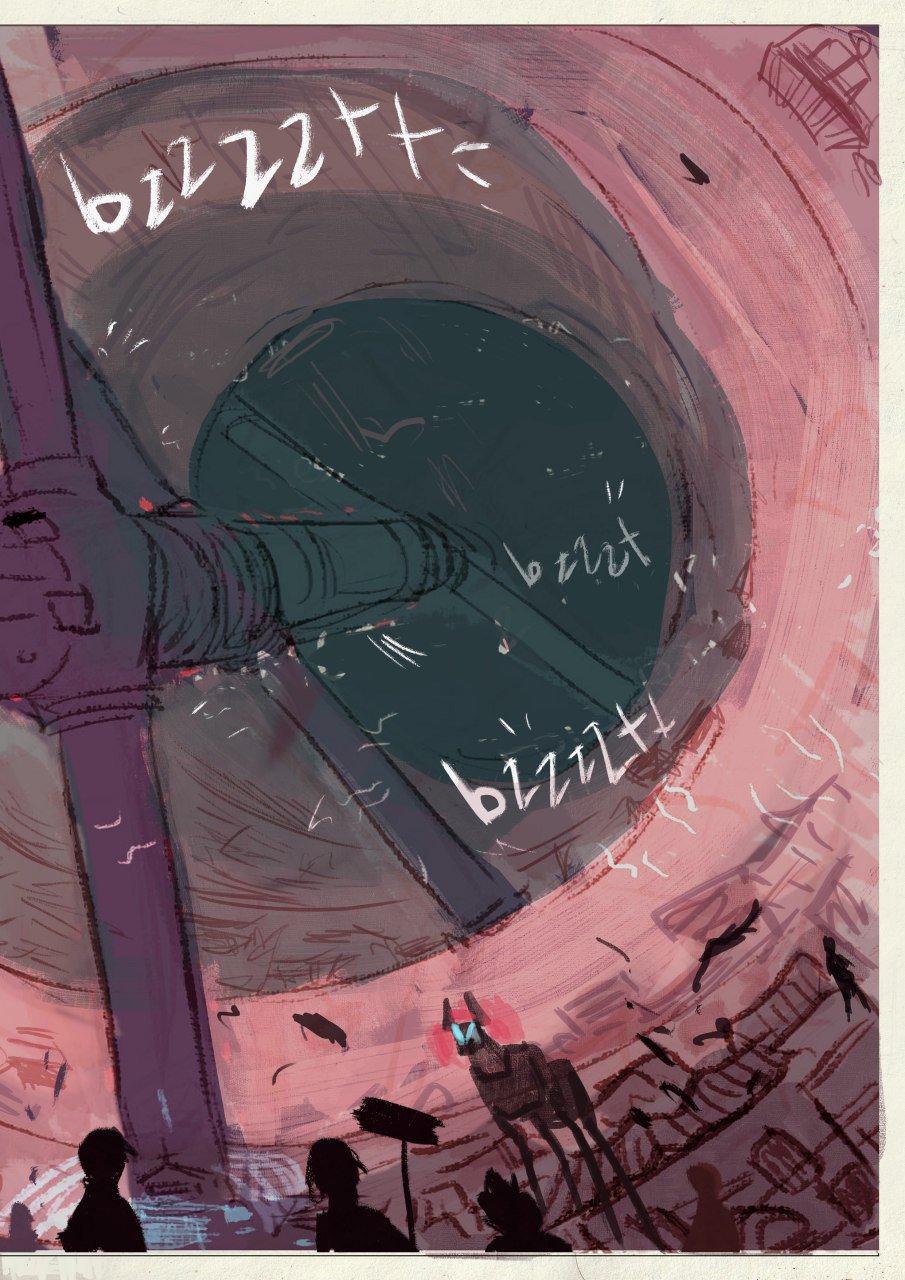 It’s interesting how this story is virtually unknown and unread in the Philippines — despite having been translated into Chinese (by one of the translators for Game of Thrones no less) and read by over a million people. It had received great reviews from places as far away as the US, the UK and New Zealand, and has even been used as resource material by a both a High School literature class in Las Vegas, as well as one of the Clarion workshops.

I really need to get my collection published in Manila. But now that VisPrint is gone, does anyone have any suggestions?

Pactolus is a river in ancient Lydia (now Modern Turkey) where the ancients once mined gold and electrum. It was said to be the very place where the legendary King Midas divested himself of his golden touch by washing himself in the waters.

“The Sands of Pactolus” is also the title of Pop Surrealist/ Neo-Symbolist Gromyko Semper’s first solo show in Singapore (c/o Artesan Art Gallery). If you are in Singapore tomorrow please catch the opening on Thursday 7pm, May 28, 2015 at Artzpace 1, Nassim Road #02-02 Singapore 258458. 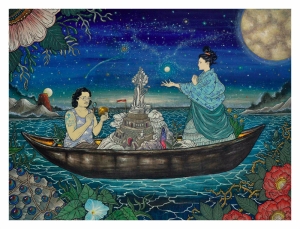 “Semper’s drawings are executed in the manner of Japanese wood-block prints, whilst embodying a personal, invented mythology like William Blake and J.R.R. Tolkien; the symbolists, surrealists and decadents; and up to and including British artist Patrick Woodroffe’s Mythopoeikon (1976) and The Pentateuch of the Cosmogony (1979) and the forerunner of Vienna School of Fantastic Realism, the visionary, Ernst Fuchs. Whilst Semper’s work has some affinity with Albretch Durer’s woodblock style, it stands apart, drawing on Filipino supernatural folk traditions, Christianity, Jungian psychology, the mysteries of the Kabala and Gnostics whilst employing elements of quantum mechanics, alchemy, world mythology, the occult, classical art symbolism, art nouveau and erotic drawings.” 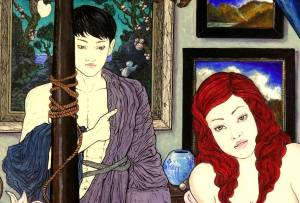