Names can be cages, We seldom realize it but when we speak or think, we do so in terms of languages and images which we didn’t invent. Words and names which were given to us by our society; words and names, which for many in the developing world, come from the language of former colonial masters. Charles Tan writes a great article on the issue of labeling Science Fiction with terms like “Filipino SF, Singaporean SF, Malaysian SF, etc.” Here’s Charles’ post from the Skiffy and Fanty Show:

The Skiffy and Fanty Show

As someone who’s asked to talk about Filipino science fiction and fantasy, and after listening to several podcasts (including the Skiffy and Fanty show) interviewing authors who eventually end up representing their country/continent/ethnicity, one question that inevitably gets asked is how they would describe science fiction or fantasy from their country: “What is Filipino speculative fiction?” “What is Chinese science fiction” “What is Carribean fantasy?” The interviewers have good intentions (and I’m one of those people who’ve used that particular phrase numerous times), but the more I think about it, the more problematic the question becomes.

At the root of the question are certain assumptions and privileges people take for granted. The first is that they are coming from a Western paradigm, where Western literature is at the center. The answers and responses of the interviewee will always be compared and contrasted to concepts and ideas from Western literature, because…

“Exit Quiapo Station” my Robert Altman inspired story set on a Filipino-run space elevator will be in Maximum Volume 2. Thank you so much to editors Dean Francis Alfar and Sarge Lacuesta!

Like “I m d 1 in 10” (at The Future Fire), this work is also quite experimental in structure, playing with the placement of dialogue and mixing up tenses. “Exit Quiapo Station” explores several themes that could affect us in the near future such as commercial space travel,  the rise of the ultra-super rich, the decoupling of sex from reproduction, the acceptance of non-traditional families, and the socio-biological future of call center agents.

In line with my recent stories, there is a Pinoy mythical element in this “mundane” Sci-Fi piece. This time it’s a witch — a mangkukulam who hails from the “magic market”  outside the old Quiapo church, and a bottle of her gayuma love potion. 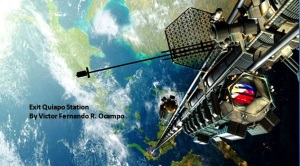 Philippine Speculative Fiction Volume 9 has been released on Amazon, Flipreads, Kobo and iTunes. ! This is my second outing with the PSF series (the first, in 2011 was my first published story ever – Resurrection). Thank you to Andrew Drilon, Charles Tan and the good folks of Flipside Publishing.

“After a while, I staggered out of the toilet. Night had fallen and I looked around the deserted alley, wondering where I was supposed to go. A bicycle had been propped on a wall just in front of the lavatory entrance. As soon as I stepped towards it, the bike began to flash its lights, illuminating layers of advertising graffiti with a frail white fluorescence. The lights kept blinking until I put my hand on its bamboo handlebars.

A message popped on its digital odometer:

“Thank you for choosing a Shimano Intelligent Bicycle Mr. Salazar. The seat has been automatically adjusted to your height. Your route has already been pre-selected. Please climb aboard and simply pedal.”

I heaved myself up to the gel-padded saddle and kicked off. The bike guided me through the dark and narrow alleys that snaked through the labyrinth of tenements. Everything in New Tundon lay in the shadow of its sole skyscraper, the neon-lit Torre Paraiso.

I passed through the slums like a ghost. Through the yawning windows I saw people leading seemingly normal lives — playing mah-jongg or the card game pusoy dos, eating dinner or simply gathered around their living rooms, plugged into a legion of electronic devices. This was a town of old people, permanently idled; permanently trapped in the amber of unstructured time. Not a single child was in sight.” 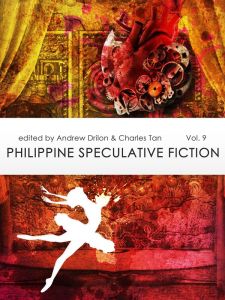 I am happy to announce that my Lovecraftian fantasy story (as told through footnotes), “An Excerpt from the Philippine Journal of Archaeology (04 October, 1916)” is scheduled to appear in Likhaan Journal 8 by the U.P. Institute of Creative Writing.

This work explores the deeply-rooted racism inherent in scientific circles during the American Colonial period. It also references the self-same Yellow-peril prejudice that H.P. Lovecraft held against those he disdainfully called “Asiatics”.  In fact the text directly uses phrases borrowed from Lovecraft’s own private letters.

Regarding the setting, having hiked through Mt. Pinatubo a few times, the place names and descriptions I used are based on my knowledge of the area, while the geological assessments came from the research papers of local mining companies. For those interested in a little mystery, the next time you visit the walled city of Intramuros in Manila, take a look at the plaque on Sta. Lucia Barracks. It will tell you the ultimate fate of what the research team of Pölzl and Ashley unearthed.

Lastly, in keeping up my recent (unplanned – I swear) theme of Creatures of Philippines Lower Mythology, this work may or may not feature one or more aswang.  As most Filipinos know an “aswang” is a demonic-looking bat-winged monster that flies off at night seeking to eat the liver and other viscera  of unwary humans.

I believe Likhaan Journal 8 will be coming out this December 2014.

Picture above is a still from the NBC series “Grimm”, the episode “Mommy Dearest”

My first YA story “Infinite Degrees of Freedom” was was accepted in “Science Fiction: Filipino Fiction for Young Adults”.

This far-future coming-of-age tale is about a boy trying to bond with his estranged (and distant) father while on a road trip to salvage nano-tech from old battlefields.

This work also features a lesser known Filipino mythical creature called a “Sigben” or “Sigbin” which has been described by various sources as a bloodthirsty Chupacabra-like chimera that’s half dog, half reptile or half goat (more from Wikipedia). Yes, its an obscure Visayan monster in a space opera setting. So sue me.

Before this story I had no idea how hard it actually was to write YA fiction. I’m happy I did and I might write more in the future if people like this.

Thanks once again to editors Dean Francis Alfar and Kenneth Yu ! ‪ 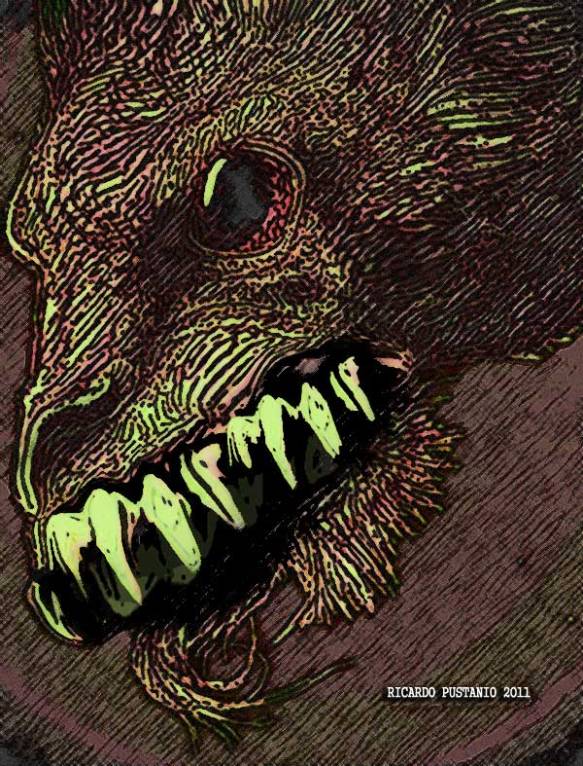