With his Excellency, Jaroslav Olsa Jr. Ambassador of the Czech Republic to the Philippines and Micronesia

It was a great pleasure to finally meet Ambassador Olsa who is not only a fine diplomat but a keen exponent of Science Fiction was well. He is an acclaimed translator (the Polish classic Limes Interiér), SF editor  (Encyclopedia of Science Fiction, with ), and founding father of the literary SF journal Ikarie. Over the course of our all-too-short dinner he shared with me some of his many, many interesting stories and anecdotes about the genre scene in Europe and his life-long obsession with unearthing world Science Fiction.  In fact I had the privilege of  seeing first hand many obscure Filipino, Singaporean and Malaysian Speculative titles from his collection. I will be adding these authors and titles to my SEA list very soon. 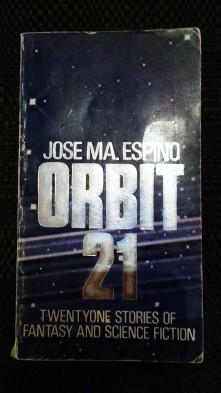 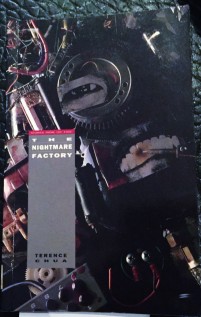 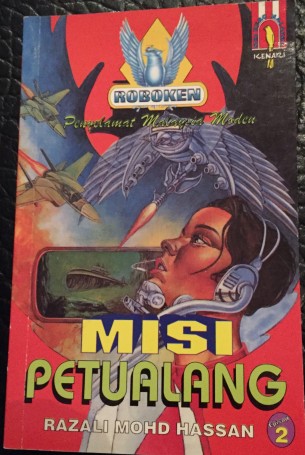 Update: The “Trash” anthology is now available from Amazon.

It’s been a busy start to the year so I apologize that I haven’t been able to make any updates. Since January I’ve mentored 5 NUS start-ups, put up one of my own, and moved from a Digital Identity company to one deeply involved in Mobile Forensics.

So far I’ve been able to make 4 submissions (fingers crossed) and  several older stories are just now coming out in print. One of my favorites is the publication of the longer version of “Panopticon” which first came out in Philippine Speculative Fiction Volume IX. It will be appearing in Trash (edited by Dean Alfar and Marc de Faoite), one of a trio of Southeast Asian urban anthologies to be launched in London on 11 April by the Malaysian publisher Buku Fixi.

Incidentally, this version includes the Spivak pronouns used  to refer to the incorrigible, gender-fluid business expediter/assassin Pai Kia who appears in a couple of my stories (nb -This is one way to force readers to come to terms with the micro-aggressions of their own gender marking preferences).

“Hello again, Mr. Salazar,” Pai Kia greeted cheerily, as I climbed aboard the sleek red aircraft. E was still dressed in Cleopatra Wong’s tight white jump suit. “You clean up very nicely, uncle. I could fancy someone like you.”

I said nothing as our autogiro lifted up towards an indifferent brown sky, past the grid of wires that stretched over the slums like a garrote. The highway in the heavens was teeming with sky jeeps, floating hawker stalls, hover-cyclos, air tuk-tuks and giant advertising dirigibles. The latter’s Holosonic displays bombarded my head with hundreds and thousands of advertisements, factoids and subliminal purchasing suggestions.

I closed my eyes to escape, letting the lights of the airborne traffic blur into hazy constellations. Every few seconds, a small group of vehicles would peel away, puncturing the smoke-choked clouds like dying meteors.

“I don’t get it,” I asked. “If people pay to be here, why does it look like a retro-future dump? It’s like we went back in time, to some old Third World country.”

“Wah Liao, every time the same questions,” Pai Kia said. “Let me tell you all you need to know. Aiyoh, everyone has three possible after-lives. If you’re rich, you stay in the clean, ultra-luxe New Cities. If you’re poor, you just die, end of story. For everyone in-between, if you’re in the know and you’ve got something in the way of credits, you can pay soul-hackers like me to build an afterlife. But hey, as they say — no prawns, fish also can. Do you understand, lah?”

I nodded for some reason, even though eir answer made no sense.

I studied my strange companion, wondering how e really translated behind the HI. Was e even real? I couldn’t tell anymore.”

Here are details of the books: