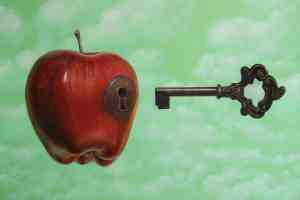 In the days before museums were readily accessible, Cabinets of Curiosities were fantastic microcosms that attempted to document the full breadth and wonder of the world. Known as “Wunderkammern” or “Kunstkammern,” they were astonishingly eclectic assemblages of natural wonders (naturalia), scientific instruments (scientifica), precious art works (artificialia), ethnography (exotica), and inexplicable, magical objects (mirablia) that represented their creator’s interest in understanding and ordering the world.

Throughout history, many artists such as Frans II Francken, Albrecht Dürer, and more recently, Damien Hirst, as well as the Surrealists in particular (members of the the Exhibition of Surrealist Objects in Paris, 1937) — have drawn on the mysterium tremendum and liminality they had experienced through these curious collections to connect their art to the realm of dreams and non-rational knowledge. The writer and poet Andre Breton posited that Surrealist theory sought to “re-enchant the universe” and he believed that “ the crisis of objects could be overcome if the thing in all its strangeness could be seen as if anew.”

Like the early curators of kunstkammers, neo-surrealist Jon Jaylo has collected the strange and the sundry to create an exhibit of works that mediate with the world, albeit one created from his imagination. He displaces the meaning of ordinary images – apples, houses, keys and dominoes by removing them from their expected context, defamilarizing them and storing them on canvas, the “cabinet shelves” of his own unique vision.

In this exhibit, Jaylo presents his own virtual Cabinet of Curiosities, one that he says was “inspired by the ordeals we all endure and tackle, and more specifically the pain we experience. The paradox of life is that pain is an aphrodisiac for strength, clarity of thought, even confidence.”

“The Tale of Two Travelers” (Oil on canvas,122 x 91cm) shows a husband and wife improbably moving an old house across an ominous blue ocean. Their domicile restricts their vision, yet they blindly move forward, a methaphor perhaps for immigrants who struggle towards new land, hoping from greener pastures across the dark waters. The house is the couple’s container, the vitrine that keeps them seemingly safe yet cuts them off from reality.

“Unlocking Knowledge” is a small work featuring an antique key about to open an improbable lock on a red delicious apple –- the traditional symbol for the fruit of knowledge of good and evil. But what sort of knowledge is contained inside?

In “Finding Humility LR” a headless king sits on a tower of dominoes. A mysterious hand is shown to the left — either building the tower or perhaps taking it apart. Like the fate that befell Ozymandias in Percy Bysshe Shelley’s eponymous poem, the impending disaster is a reminder to those who have grown mighty that no matter what they create or how confident they grow, time will tear them all down. All the paintings in Jaylo’s Cabinet of Curiosities form an obsessional and fantastic collection that celebrates the strange and numinous . His work is a reminder that Surrealism is alive and well, persisting as a meaningful reference for the artist’s particular visual sensibility, one where ordinary images are combined in unusual ways to suggest another, perhaps darker plane of reality. This is the sole unifying theme of the show — that of Jaylo wanting to guide his audience away from familiar things towards the unfamiliar, like a stack of kunstkammer shelves that lead towards the mysteries of Life.

Andre Breton’s 1928 Surrealist book Nadja ends with a ringing assertion: ‘Beauty will be convulsive or will not be at all.’ Jaylo’s work showcases an uncanny, convulsive beauty of its own, one which causes a frisson of the senses, filling the viewer with wonder while at the same time unsettling ordinary sensibilities with his extraordinary vision.

ICYMI: This Thursday,  17 December 2020, I  have an online speculative fiction workshop for budding writers aged 13 to 16. If your kids are looking for something different this holiday season. Space is very limited. Please check it out. Details here.

Embracing the weird in your writing means taking risks and breaking rules. It means being completely honest and not being afraid of judgement. It means having fun, trying experimental techniques and looking at things from strange angles. In this online course, we’ll explore how approaching writing in unusual ways can unlock your creativity. We’ll do some reading, lots of writing and break some writing rules while we’re at it.

This workshop, organized by the Singapore Book Council, is suitable for 13 to 16 year old kids who would like to understand speculative fiction and try their hand at writing hand at writing a piece that defies all rules.

This programme will be conducted via the Zoom platform. Participants do not need a Zoom account to take part in the workshop.

Kinokuniya members can enjoy 10% off the workshop fee for this programme. Please contact programmes@bookcouncil.sg for the discount code before online registration.

* Apologies to the wonderful and always benevolent Jason Erik Lundberg for almost, somewhat, but not actually meaning to nick the title of his famous work.