My YA story about shape-changing robots modeled after the Sigben (Sigbin) of Philippine myth has been translated into Chinese. The original appeared in the book Science Fiction: Filipino Fiction for Young Adults (2016, eds.  Dean Francis Alfar & Kenneth Yu) from the University of the Philippines Press.

The translation appeared last month in China’s Science Fiction World. With a circulation of +300,000 and 3 to 5 readers per copy, Wikipedia estimates that SF World has a total readership of about one million people — making it the world’s most popular Science Fiction periodical.

“Infinite Degrees of Freedom” is my second story in this venue, after 2015’s “Blessed Are The Hungry” (which originally appeared in Apex 62). 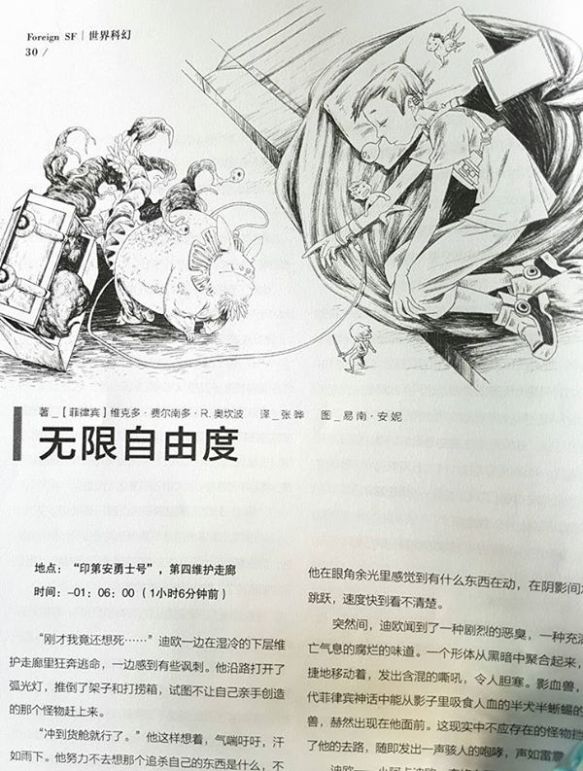 Sadly, the artist for my story did not use the Sigben visual references I provided. The monster illustrated above looks more like a mutant snubbull from Pokemon Go.